The heavy rainfalls pouring down in Mumbai since last night have created havoc for the people. Right from the delay of trains and flights to waterlogged areas, the city has come to a halt struggling to complete the routine tasks owing to the incessant Mumbai rains. In the last 24 hours, Colaba recorded 90 mm of rains while Santacruz has received 231 mm of rains. To top it all, the India Meteorological Department has claimed that heavy rainfall is likely to continue in the region.

As per the sources, 3 people have died while 5 have been injured in the rain-related mishaps. A tree fell down at MG Road, a wall collapsed on a house in Wadol village and another 65-feet wall of a housing complex in Thane collapsed this morning crushing several vehicles. 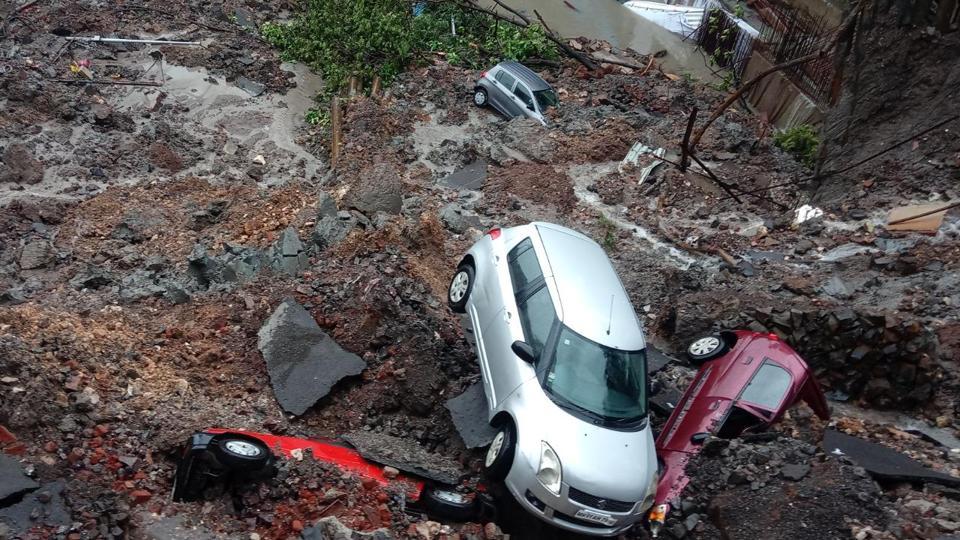 Moving on, water logging is expected in areas like Dharavi, Dadar TT, Kabutarkhana at Dadar, Santacruz (East), Byculla, Andheri subway, and others. In some areas, trains have been delayed due to low visibility. Trains like Dadar-Ajmer Express, Mumbai –Central Ahmedabad Karnavati Express, Mumbai –Central Ahmedabad Double Decker Express, and Bandra Terminus-Bikaner Express have been rescheduled due to the heavy downpour.

Not just the trains but the road traffic have also been disrupted heavily because of the Mumbai rains. BEST has diverted buses on 47 routes in the city due to waterlogging in 8 areas and many parts of the city witnessed bumper to bumper traffic. Besides, a container broke down on a bridge at Eastern Express Highway that further put the traffic at a slow pace.

Considering the havoc created by the heavy rains, the pumps have been kept on stand-by and Mumbai Police have geared up to help the citizens.

The showers are heavy but so is our ‘bandobast’ on the streets to ‘be there’ for Mumbaikars. We are #AlwaysUpForDuty to help you reach your destination with a little care & caution from you during your journey #RoadSafety #MumbaiRains pic.twitter.com/KFOgI4BTLv

Although it’s not new for Mumbai to go through such difficulties because of such a downpour, the collapse of walls, buildings, and trees has claimed lives, which is a serious concern for the authorities at the moment.