Wednesday, January 29, 2020
Home Feature Nation bows for the heroes of Kargil Vijay Diwas on its 17th...

The day of 26th July has been marked as a glorious day of victory in the Kargil war against Pakistan in the history of India. The whole nation including the political leaders is paying tribute to the martyrs and the Indian Army on this 17th Kargil Vijay Diwas. For those few Indians who are not aware of the fact that why this day is celebrated as the Kargil Vijay Diwas in India, then you should definitely read below.

A war between India and Pakistan took place in the months of May and July, 1999 in the Kargil District of Jammu and Kashmir. The area is along the LOC (Line Of Control). The cause of war was some Pakistani soldiers and Kashmiri militants who infiltrated in to the Indians Borders illegally. Initially, Pakistan was not ready to accept its military involvement in the infiltration and was blaming Kashmiri militants for the whole war but later on, the documents received from the casualties and left behind papers prove that the Pakistani Military was also involved in the whole operation.

The later statements by the Pakistan’s Prime Minister and Chief of Army Staff had confirmed their involvement with an army troop lead by General Ashraf Rashid. Later on, due to international pressure and diplomatic opposition, Pakistan had to withdraw their forces along the LOC after Indian Army with the Help of Indian Air Force had recaptured a majority of the positions under the name of “Operation Vijay”.

From year 1999 onwards, India celebrates 26th July as the glorious day when the intruders were back lashed and repulsed from the Indian boundaries. It is a day of proud for every Indian when they should pay tribute to the Kargil war martyrs for being the “Men of Steel” and guarding the Indian boundaries. This victory is celebrated on a huge scale with lots of celebrities and political figures expressing their gratitude to the army for providing us a safe and free nation to breathe in.

Our Prime Minister, Shri Narendra Modi has posted some warm wishes for the army officials and the families of martyrs on the micro-blogging site ‘Twitter’ and also congratulated India’s Political Leadership in 1999 for showcasing such firmness in decision making. The war heroes definitely deserve honor and applause on this Kargil Vijay Diwas 2016.

On Kargil Vijay Diwas I bow to every valiant soldier who fought for India till the very last breath. Their heroic sacrifices inspire us.

India will never forget the fearlessness with which our courageous soldiers gave a befitting & unforgettable reply to the intruders.

We recall with pride, the firmness demonstrated by India’s political leadership in 1999, which ensured a decisive victory in Kargil.

The Defence Minister, Manohar Parrikar and all the Defence Forces Chiefs salute all the Kargil War heroes. 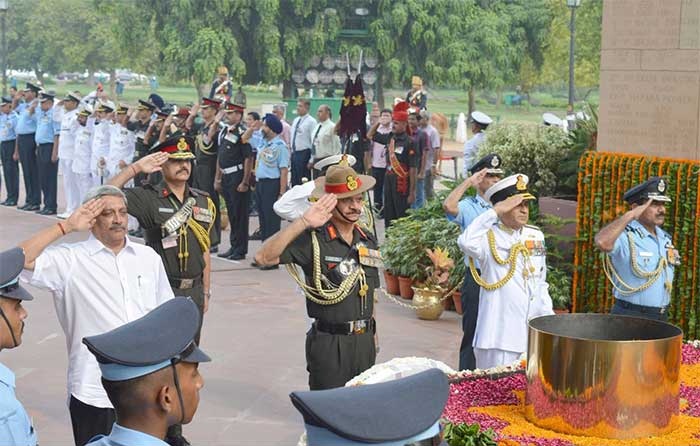 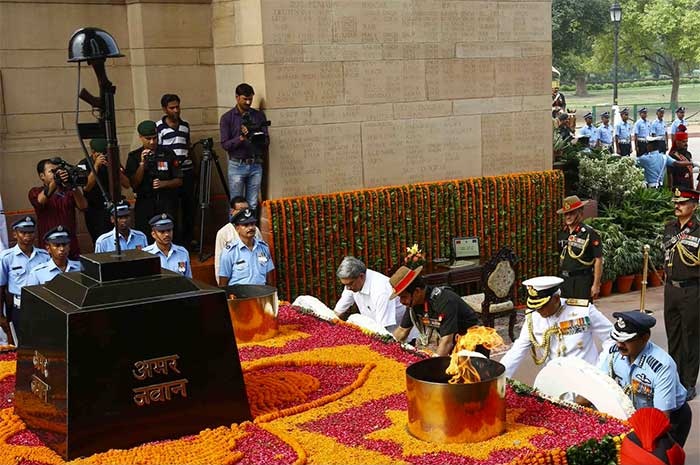