Well here comes great news for the android users around the world. Google unpredictably and all of a sudden announced the Android N Developer Preview today. Google made the preview available as an over-the-air update making it easier for the developers and the adventure lovers. Tough Google has not announced the name of the next version of Android. Let us tell you that this version would be finally relased in the month of May and the preview has been released today, i.e. two months before the actual release of the Android N.

Google vice president of engineering Dave Burke said, “We’re doing something a little different this year by releasing the preview early really early. By releasing a ‘work in progress’ build earlier in development, we have more time to incorporate developer feedback. In addition, activities can also go into picture-in-picture mode on devices like TVs, and is a great feature for apps that play video.” He added, “As we get closer to a final product, we’ll be inviting consumers to try it out as well”

We know Google has been giving the Android operating systems names of candies and other sweet treats like the Cupcake, Donut, Éclair, JellyBean, Kitkat, and Lollipop and Marshmallow being the latest two versions. It would be interesting to see what Google will come up this time for the Android N.

The developer sample of the “N release” of Android includes some effective features which are hyped by Google like the capability for applications to start on split-screen modes on smart phones and/or tablets.

Hiroshi Lockheimer, Google’s SVP for Android lately wrote on Medium Today saying, “As we look to the next release of Android, N, you’ll notice a few big changes aimed at you as developers: it’s earlier than ever, it’s easier to try and we’re expanding the ways for you to give us feedback. We hope these changes will ensure that you are heard and reflected — that’s what makesAndroid stronger.” He also said that the team has relased the preview of the operating system for the developers in order to receive feedback and a greater support from them on the operating system.

We hope this 2 months prior release of the Android N operating system preview will not only help Google receive support from the developers but also a help in finalizing the name of this Android version. 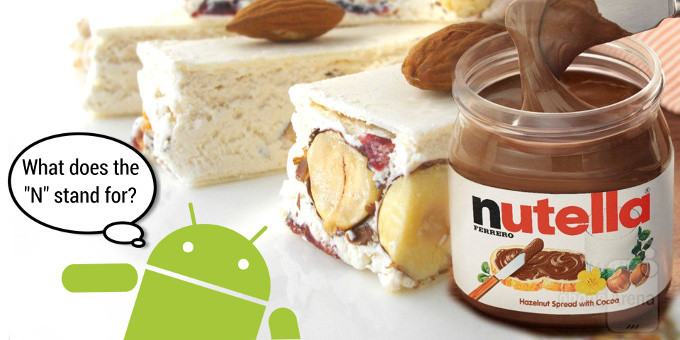 Well, we’ll have to wait till May to know the name of the next Android operating system, but by the mean time comment below and let us know what do you think would be the name of this version of Android, probably a fruit or a chocolate?

Nutella is a good guess, isn’t it?