The actor posted a photograph kissing the trophy and Rajkummar also tweeted,“Won the best actor award at the most prestigious #APSA2017 (Asia Pacific Screen Awards). Thank you Maa. Thank you team #Newton. Don’t stop chasing your dreams because they really do come true.”

During his acceptance speech, he shared, “This is very encouraging… It inspires me to work harder every day. Congratulation to fellow nominees, your performances have inspired all of us. Let us keep doing this beautiful work making these wonderful stories. Let us keep doing that. Here is to cinema.” He also shared that he came despite the leg injury but it turned out to be worthwhile. 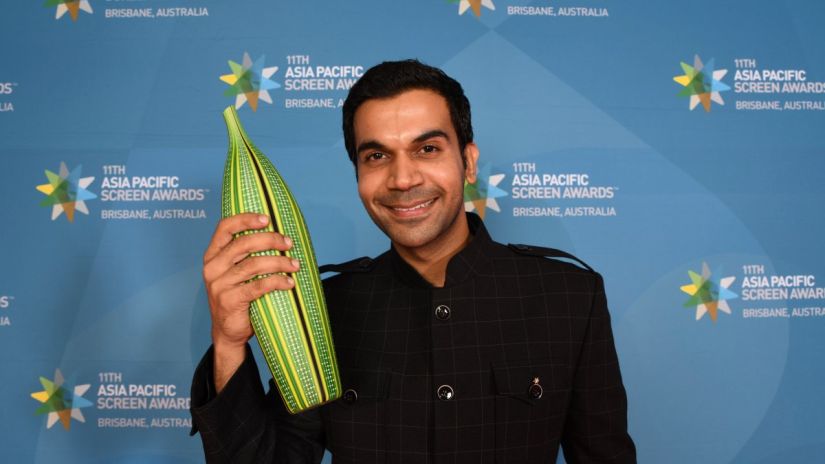 The filmmaker of the movie Hansal Mehta and actor Manoj Bajpayee also congratulated the whole team for this award. Hansal Mehta who has worked with Rajkummar Rao many times also tweeted,

“Congratulations my darling Rajkummar Rao and amazing talents Mayank Tewari, Amit Masurkar. A win at the APSA is a huge achievement and should make India super proud.”

Newton movie
Drishyam Films produced Newton. The film is directed by Masurkar. Talking about the story of Newton, it revolves around a young government clerk who is sent on election duty to a Maoist-controlled town. The movie brilliantly showcases the ideological struggle of clerk that puts him in an awkward situation.

Death toll rises to 34 in Delhi violence, free of cost treatment offered to injured by Kejriwal