In the U-19 Indian Cricket team, the son of legendary Sachin Tendulkar Arjun Tendulkar will be a part for the two four-day games against Sri Lanka. 18-year-old Arjun is a left-arm fast bowler and a handy lower middle-order batsman. In Bengaluru, two U-19 squads were announced on Thursday with Anuj Rawat and Aryan Juyal leading the side. 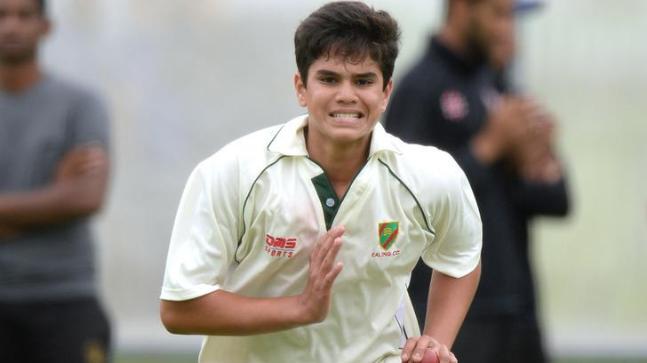 Tendulkar’s remark on his son’s selection

“We are happy on Arjun being selected in India U-19 team. It is an important milestone in his cricketing life. Anjali (Tendulkar) and I will always support Arjun in his choices and pray for his success.”

Talking about these selections, the senior official said that Arjun is eyeing to become a professional cricketer so selectors have given him a chance looking at his potential. Juyal is very young and has not graduated to first class level. So it’s better he gets some match practice. WV Raman has also been given an extension.

Know more about Arjun Tendulkar
Arjun was part of a group of 25 U-19 cricketers. He had also represented Mumbai in the Under-14, Under-16 and Under-19 teams. During the 2017-18 Cooch Behar Trophy, Arjun picked up 19 wickets in five matches, including two five-wicket hauls, for Mumbai Under-19. Arjun has been trained by Atul Gaikwad, a level-3 coach from the National Cricket Academy. Arjun has also been coached by former India fast bowler Subroto Banjeree.