The Pataudi heir Taimur Ali Khan has given us hints on how he looks so good at all his public outings. Son of industry’s stellar actors Kareena Kapoor and Saif Ali Khan, the Little one is highlighting the importance of grooming. In his recent appearance, Taimur was seen combing his hair and we can’t stop gushing over it. 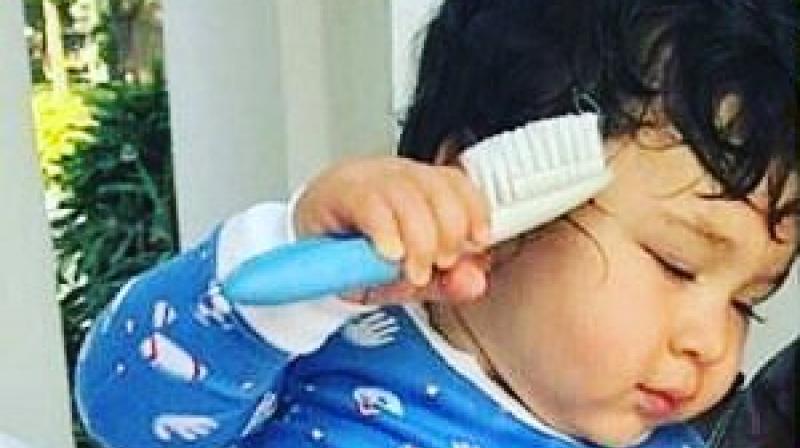 The good looking boy is giving tough goals to other kids his age. Ever since he was born, Taimur has been in the limelight for more reasons than one. His green eyes and unkempt hair render more chubbiness to him. Not only that, Taimur’s mom ensures that he is clad in eye-catching ensembles all day, every day.

Recently, the internet was taken aback by photos from Taimur Ali Khan’s first birthday. The royal couple decided to throw a big bash for family and friends at the Pataudi Palace in Haryana on December 20. Amonsgt the invitees were Taimur’s aunts and uncles, grannies, and granddads amongst others.

Here are a few of Taimur’s pictures most liked by the Internet.

Saif Ali Khan and Kareena are keeping themselves busy with their work schedules. Saif’s movie Kaalakaandi released on January 12 while Kareena Kapoor’s Veere Di Wedding (VDW) is prepping for its release. VDW will be Bebo’s first film since Taimur’s birth in 2016.