Mahendra Singh Dhoni is one person the entire country can depend upon when the ball is not in our court. There are several names giver to the current captain of Indian Cricket Team like captain cool, Mahi, the best finisher etc. His leadership, far-sightedness and amazing captainship have brought laurels to nation and had made the countrymen proud of him. He is one individual who deserves all the attention, support and appreciation from every individual of the country. M.S. Dhoni has proved that he is the best captain India has ever had. No! Not only we are saying that, but the statistics say it out loud. A Bollywood Movie in his name? Why not? He absolutely deserves it. Well, ladies and gentlemen, boys and girls and his jabra FANS, get ready for M.S. Dhoni: The Untold Story, a M.S. Dhoni movie poster of which has recently been released. Check it out here: 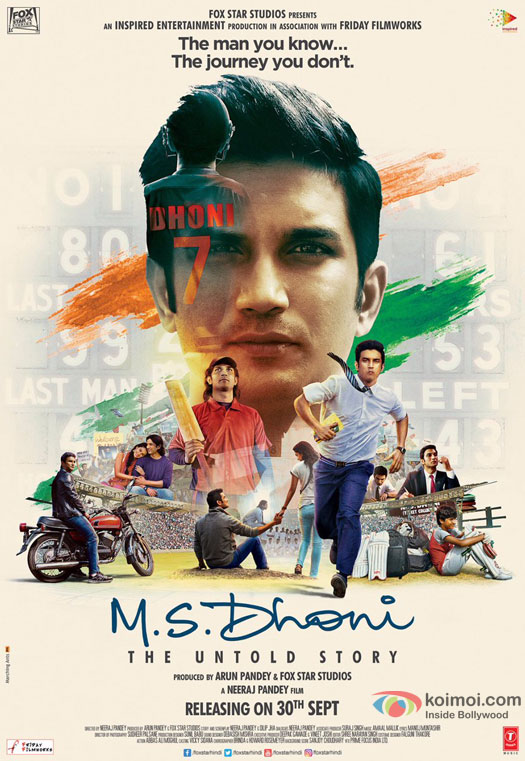 Sushant Singh Rajput will seen playing the role of our favourite captain, MAHI. On the cricketer’s 35th birthday, the actor took it to twitter to release the M.S Dhoni movie poster. He tweeted the poster and said, “Captain. Leader. Winner. Many names & a journey unknown. Official poster –#MSDhoniTheUntoldStory! #HappyBirthdayMahi”

We absolutely agree with Sushant, a captain, a leader and a winner. Time and again he has proved that he is not only the coolest captain India and the world ever witnessed but also a great finisher. Directed by Neeraj Pandey, M.S. Dhoni: The Untold Story is a story that you simply cannot miss. As you eagerly wait for the movie to hit the theatres on Spetember 2, we suggest by the mean time watch here the official first teaser of the movie: