The teaser was shared on the official twitter handle of the film reveals that the song will be out tomorrow. Check out the tweet below:

In another tweet, Actor Salman Khan was also seen promoting the arrival of the song. Here’s what he tweeted:

The teaser is a 15-second video clip showing a song sequence that seems to have been shot in a foreign location. It pretty much gives the feel of the song Mashallah from the first part ‘Ek Tha Tiger’. 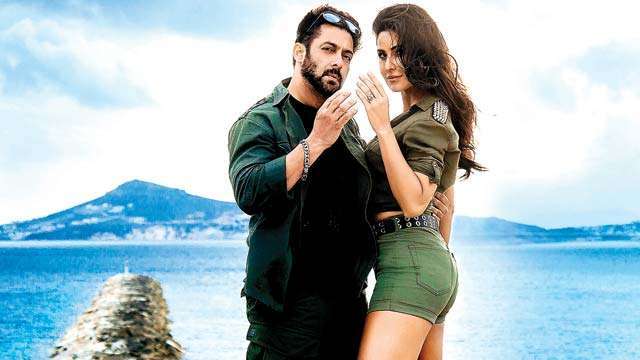 You may also like: Tiger Zinda Hai Picture Gallery

Apart from this sneak peek video, the filmmakers are constantly sharing stills and pictures from the movie to seek audience attention. Needless to say, like any other Salman Khan movie, this one is also a much-awaited film.

Tiger Zinda Hai is a sequel to the 2012 film Ek Tha Tiger. The director of this installment is Ali Abbas Zafar. The movie will be out in theatres on December 22. Similar to the first part, the actors Salman and Katrina will be playing the roles of RAW agent and Pakistani secret agent respectively.