New norms have been continuously introduced after the demonetisation move. It has been reported that, if you make some mammoth like cash deposits in your bank account, and labelling money as income from agriculture or business without having any valid paperwork, then it will be taken as unaccounted income. The tax of 85% will be imposed on the unaccounted income.

Under the recently introduced Pradhan Mantri Garib Kalyan Yojna (PMGKY), 2016, one can hardly come clean out of the tight inspection over black money, said by a charted accountant.

As per the declarations under PMGKY, any suspicious income which has been informed about will be taxed 50% and the 50% of the left out amount will be kept for 4 years in without interest fixed deposits. So, this gives a chance of relief if someone does not choose to play extra smart. The government has asked people to disclose their income who has made huge deposits in bank accounts.

All these laws, brings  agriculture income into heavy scrutiny, as this income is tax-free and is most used for money laundering. 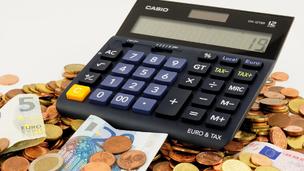 The first few days of demonetisation resulted into massive gold purchase in older notes, the jewellery returns will be equally taken into consideration. So, this brings into suspicion those jewellers who did not charge 1% advance tax under TCS scheme on the purchases of Rs. 5 lakh.

Resultantly, the tax authority are taking stated buyers into account for verifying gold sales. Also, to take the thorough check on that, they are checking time stamps and video footage also.

The tax department is not leaving any stone unturned and sending unrecognised returns of individuals and of companies to a panel of chartered accountants for the detailed checking. The accounts which will be found dubious, will go through arduous process of examination.