Vijay Rupani is going to continue as the Chief Minister of Gujarat while Nitin Patel will be retained as Deputy CM. The decision was announced in a meeting held by BJP MLAs in Gandhinagar today. However, these names were earlier finalized in New Delhi by BJP Central Election Committee. It was chaired by BJP President Amit Shah, PM Modi, Home Minister Rajnath Singh, External Affairs Minister Sushma Swaraj, and others.

It’s noteworthy that Vijay Rupani was always a front-runner in the race and he had won the recently held elections from Kota West. Although there were rumors doing the rounds that Union Minister Smriti Irani could be considered for the same she dismissed the reports later. Other names that were being considered include Mansukh Mandaviya and Nitin Patel. 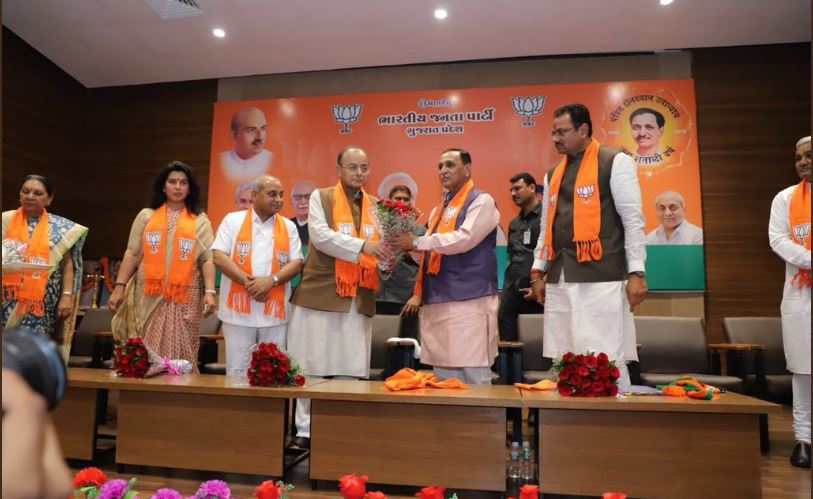 Congratulate Shri @vijayrupanibjp ji on his second term as #Gujarat Chief Minister. Wishing you a successful term ahead. May #Gujarat continue to grow under your leadership.

Congratulations to Shri @vijayrupanibjp on again becoming the CM of Gujarat. His experience at grassroots & administrative acumen will take Gujarat to newer heights in the days to come. pic.twitter.com/2rkZx3uWPk

Both Rupani and Patel with other cabinet ministers had also resigned for the post on Thursday to make way for the next BJP government in Gujarat. However, there are many reasons that suggest this announcement of Rupani continuing as the CM is not at all surprising.

Rupani is known to have a low-profile life, has no controversies attached to his name, and is quite close to RSS. Besides, his loyalty towards PM Modi and BJP President Amit Shah seems to have worked in his favor. 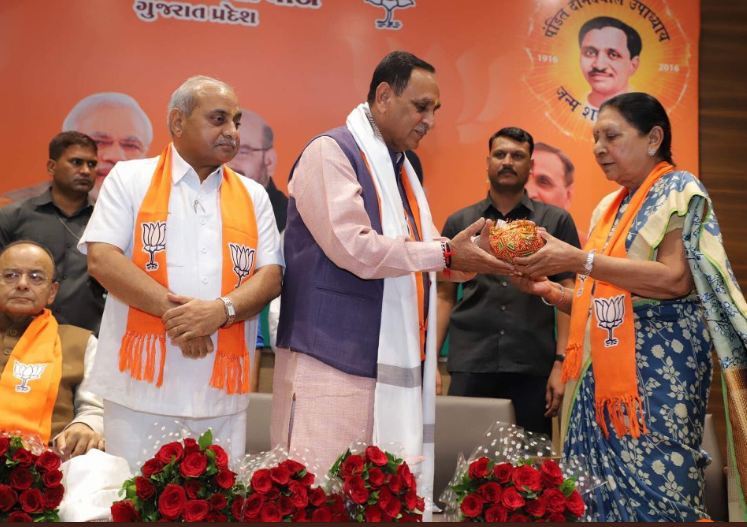 The ceremony is expected to take place on December 25 when Vijay Rupani will swear as the CM and Nitin Patel will swear as the Deputy CM. In the meeting, the party has announced the first 70 candidates whereby only 2 have been dropped while 49 have been repeated.