April 18 is World Heritage Day. This day aims at making the public aware about the cultural heritage and their importance. This day focuses on the efforts that are required to protect and conserve the historical monuments. It is important for the people to understand that no matter where they live, preserving heritage is important. India alone holds 36 world heritage sites as of 2018. It ranks 6th in terms of Monuments and Sites in the world. Considering the state of Rajputanas, Rajasthan, few of its historical sites have been certified by UNESCO. Know what they are.

Keoladeo National Park, Bharatpur, Rajasthan
Keoladeo National Park is home to more than 366 different species of birds. It offers nesting ground for several non-indigenous, migratory birds. The most popular bird to be found here is Siberian Crane. It was initially a shooting but later on converted to bird sanctuary. In 1982, it was declared a national park. Apart from birds, species of fishes, snakes, amphibians and variety of other vertebrates are found here. One can visit the place on rickshaws and cycles. Also known as Bharatpur Bird Sanctuary, Keoladeo National Park is located in Rajasthan. It is very close to Agra. One can also reach from Jaipur and Delhi by train or bus.

Hill Forts of Rajasthan
In 2013, six forts from Rajasthan have been added to the list of World Heritage Sites in India. They are Chittorgarh fort (Chittor), Kumbhalgarh fort (Rajsamand near Udaipur), Ramthambore fort (Sawai Madhopur), Gagron Fort (Jhalawar), Amber Fort (Jaipur) and Jaisalmer Fort (Jaisalmer). All are located on Aravalli Mountain Range. The architecture of the forts portrays the power of the Rajput princely State. The forts spread in huge area and covered with walls. In fact, a small city exists within the defensive walls as there are palaces, trading centres and other buildings including temples. Due to the variety of built structures in each hill fort, only the most significant elements of each complex are described.

Jantar Mantar, Jaipur, Rajasthan
Built by Maharaja Jai Singh II, Jantar Mantar is an astronomical observatory built located in Jaipur. Maharaja got it built to know more about the astronomical skills and cosmology concept. He also had interest in architectural astronomical instruments. This has been modelled after the one built at the Mughal capital of Delhi. There are 20 main fixed instruments built in masonry. At Jantar Mantar, exact positions of stars and other celestial bodies can be tracked with naked eyes. Situated in the heart of Jaipur city, it is easily accessible to the tourist. It has been adopted by UNESCO as World Heritage. 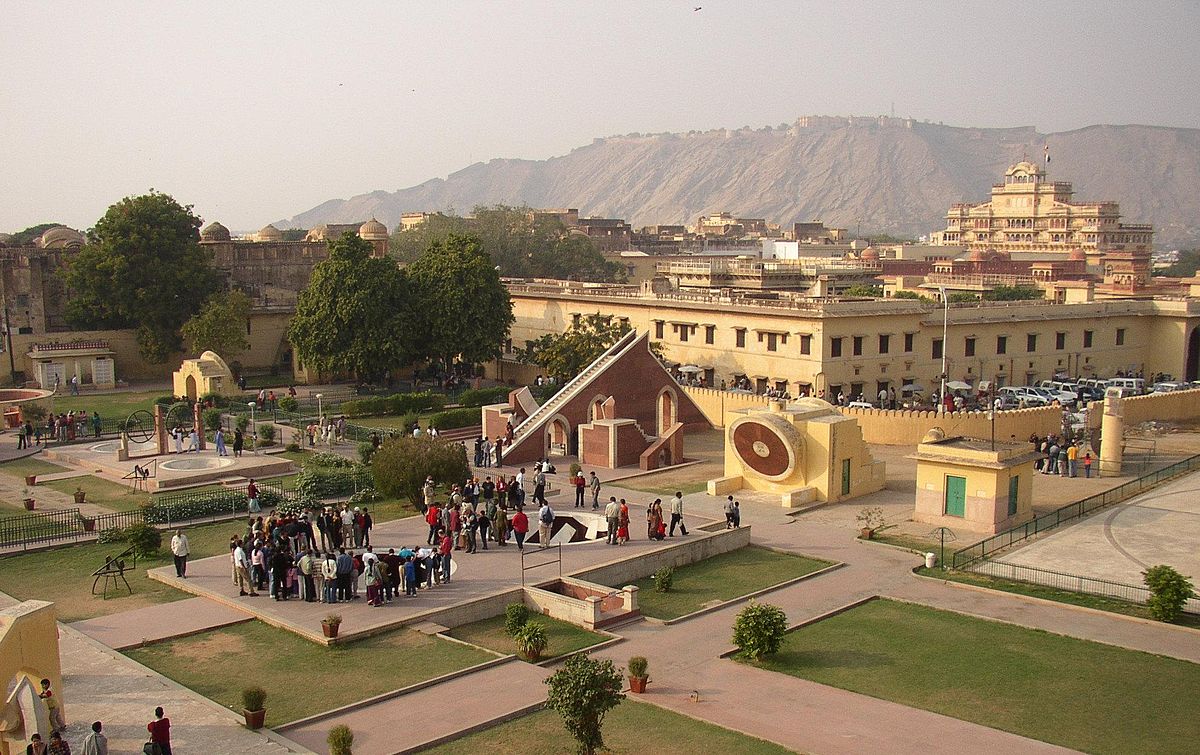