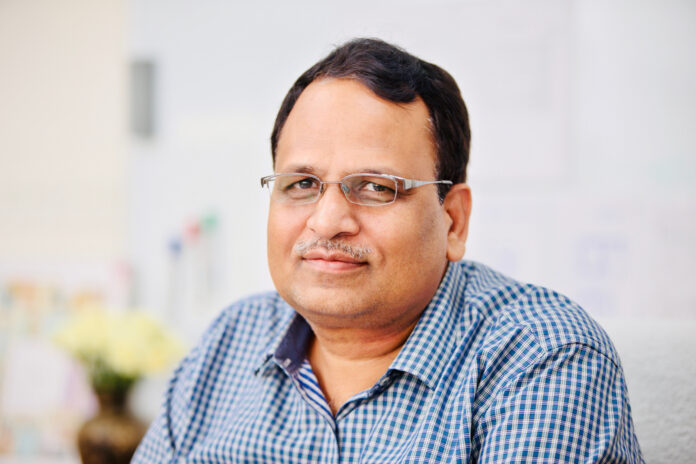 Days after releasing a video of AAP’s Satyendar Jain getting a massage in Tihar jail, now a video of Jain enjoying a sumptuous meal inside the Tihar jail.

Satyendra Jain was arrested by ED on May 30 in the money laundering case, based on a CBI FIR lodged in 2017, under the Prevention of Corruption Act. Jain is accused of having laundered money through four companies allegedly linked to him. He had urged the court to grant him bail, saying that no purpose would be served by keeping him in custody any longer.

Tihar Jail sources said that Satyendar Jain has gained 8 kg of weight while being in jail, contrary to his lawyer's claims of him having lost 28 kgs. pic.twitter.com/cGEioHh5NM

BJP’s National Spokesperson Shehzad Poonawalla shared a video of the jailed minister enjoying a meal of choice at Tihar jail. In the video, he can be seen having an elaborate meal with appetizers and moving on to salads and other delicious and nutritious food items. The video showcases a man who is constantly at his service, right from bringing in food to keeping a dustbin near his chair. Packaged drinking water bottles also can be seen in his room.
On Tuesday, Jain said in court that he was not getting any special privilege in jail. In fact, according to him he was deprived of facilities like proper food and medical check-ups that he is supposed to get. Further he added “I have lost 28 kg in jail. Is this what a privileged person in jail gets? I’m not even getting proper food. What privilege are they talking about? No prison rules are violated if an under trial is pressing his hand or feet,” the minister submitted in the court through his lawyer Rahul Mehra.

For the massage row AAP claimed that the massage was physiotherapy — part of Satyendar Jain’s treatment and it is necessary for him to have his treatment.