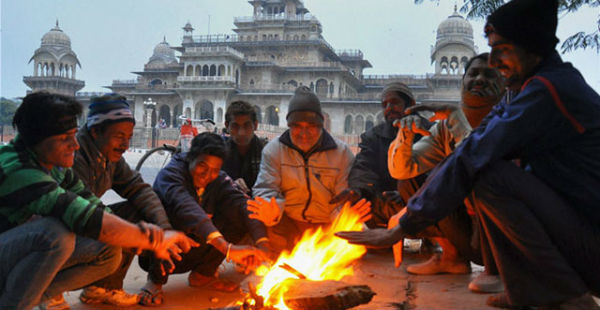 North India is in the grip of cold wave. The mercury is expected to go below zero in the coming 5 days. Wednesday was the coldest day of the season in Delhi. The minimum temperature was recorded here at 2.8 degree Celsius. Along with fog alert, orange alert for winter has also been issued.

Rajasthan recorded more cold than Shimla and Srinagar. Mount Abu was the coldest. The mercury here on Wednesday night was -6 degree Celsius. Srinagar, the capital of Himachal Pradesh and Srinagar in Jammu and Kashmir recorded minus 4 degree Celsius on Wednesday night. That is, Rajasthan recorded more cold than the hill states.
Dense fog has affected flights and trains in North India. 21 flights and 12 trains are running late.

Rajasthan colder than Himachal in Jaipur

Winter is breaking records in the month of January in the state. Amidst the alert issued by the Meteorological Department, the night’s mercury fell to minus 4 degrees in Jobner of Jaipur district. Here in January the mercury has gone down so much after 10 years. However, in December last year the mercury went up to -5°. There, it was -0.5 degree in Churu, -0.7 degree in Fatehpur. Meteorological center Jaipur has issued orange alert of severe cold in 5 cities even today. These include Jhunjhunu, Sikar, Churu, Hanumangarh and Ganganagar.