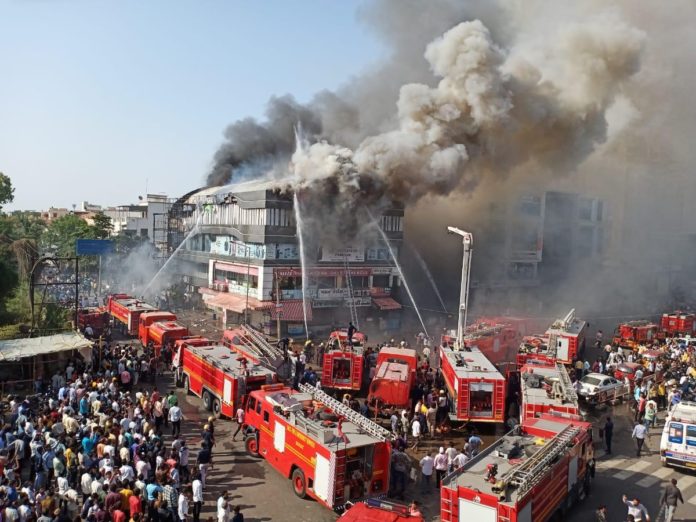 In a massive fire that broke out at a design coaching center in Surat today, at least 20 people died and several others injured as they tried to jump out from the top floor of the building in a bid to save themselves.

According to the reports, the fire, which broke out on the fourth floor of a commercial complex called Takshila in Sarthana area of Surat, engulfed the entire top floor of the building. Several people could be seen jumping out in an attempt to escape the blaze. Some of them were already ablaze as they jumped out of the top floor, in a video posted on social media.

Extremely anguished by the fire tragedy in Surat. My thoughts are with bereaved families. May the injured recover quickly. Have asked the Gujarat Government and local authorities to provide all possible assistance to those affected.

The total number of casualties is yet to be ascertained and fire fighting operations are still on. Eighteen fire tenders are on the spot.

According to news agency ANI, Gujarat chief minister Vijay Rupani has ordered an investigation into the incident. The CM has also declared financial help of Rs 4 lakh each to the families of the people who died in the incident.

“Deeply saddened by the news of Surat fire tragedy. Instructed officials to do needful. My prayers are with all those affected. May those who have been injured recover at the earliest.” the Gujarat chief minister tweeted.

Deeply saddened by the news of Surat fire tragedy. Instructed officials to do needful. My prayers are with all those affected. May those who have been injured recover at the earliest. I pray for the departed souls. Om Shanti. pic.twitter.com/T4avRHOu5V 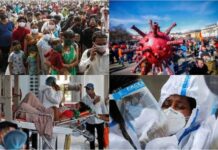