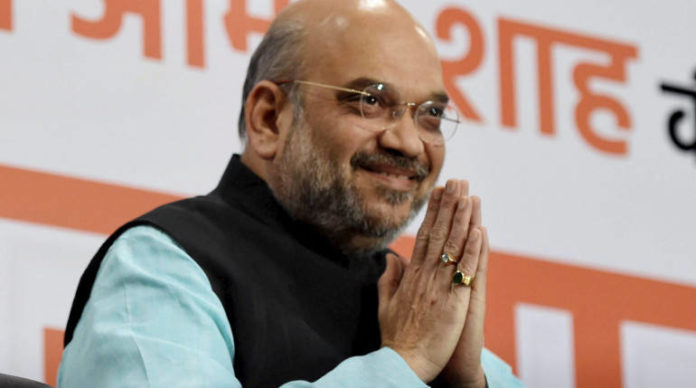 BJP President Amit Shah is on a day-long visit to Jammu & Kashmir; his first visit after the party withdrew support from its alliance with PDP. Shah will be addressing a rally on Saturday on the death anniversary of Bhartiya Jana Sangha Founder Shyama Prasad Mookerjee.

Ahead of the rally, Amit Shah tweeted about the martyrdom of Dr. Shyama Prasad Mookerjee:

After the end of PDP-BJP alliance in the state, Governor rule has been implemented in Jammu & Kashmir since June 20. It’s anticipated that this rally is quite significant for BJP as Shah is likely to talk about the political situation in the state. Most likely, Amit Shah will be talking about the issues like terrorism, stone pelting, and ceasefire violation in the public address.

As per the official reports, Shah will reach Jammu whereby a motorbike rally will be held in his honour, escorting him to the state guest house. In the guest house, there will be several back-to-back meetings with party leaders to assess and review the party’s work. Later at 4 pm, he will be addressing a public rally and will leave for Delhi on Sunday morning.

Furthermore, the BJP President is also scheduled to chair a meeting of various election committees of the party to discuss the upcoming Lok Sabha elections and party’s preparations for the same.