Wednesday, September 30, 2020
Home Feature IMD predicts heavy rainfall in North India over the course of next...

The India Meteorological Department (IMD) on Wednesday forecasted intense rainfall over several parts of north India for the next four day. Apart ftim this, IMD also issued an orange alert for Uttarakhand for August 27 and 28 and a yellow alert for the subsequent two days.

Orange alert has also been issued for east Uttar Pradesh for August 28 and east Rajasthan (August 29-30).

The IMD has also issued a yellow alert for

Rains have been wreaking havoc across north India with many rivers flowing close to the danger mark.

In the national capital, the Yamuna was flowing near the warning mark on Wednesday and is likely to swell further with more water being released into it from the Hathnikund barrage in Haryana, officials said.

In Uttar Pradesh, the number of districts hit by floods went up to 19 with Shahjahanpur being added to the list.

“There are 19 flood-affected districts, where 922 villages are affected, of which 571 are marooned,” state Relief Commissioner Sanjay Goel said. Till Tuesday, 1,090 villages across 18 districts were affected. Of these, 620 villages had got marooned.

A 35-year-old man was killed recently and a bridge got washed away as heavy rains lashed wide parts of Jammu region for the second consecutive day on Wednesday, officials shared.

Police also rescued 15 nomadic people, belonging to different families, after they were caught in flashfloods in the Ujh river near Rajbagh area of Kathua district, the officials said. 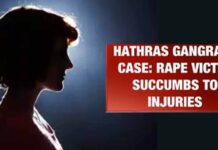