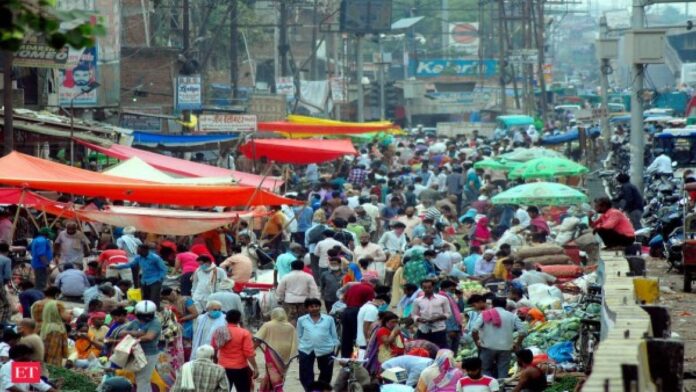 India has achieved its destination ahead of time

Earlier, the United Nations had estimated that India would become the world’s most populous country by the end of this year. But if we look at the figures of the World Population Review, then India has achieved this position before its time. Apart from this, there is another research platform which has described India as the most populous country in the world. According to the data released by Macrotrends, the population of India has reached 142.8 crores.

The last census was held in the year 2011

Let us tell you that no latest data has been released recently regarding the population of India. The last census in India was held in the year 2011. India releases its population data once in a decade. According to this, India was to release the new data in the year 2021 itself, but it was postponed due to the Kovid crisis. Till now it is not known when India is going to conduct the next census.

Growing population in favor of India

Growing population is a matter of concern for India but one thing which goes in favor of the country is that half of the population of India is below 30 years of age. Two-thirds of India’s population is such that it was born after the era of liberalization that started in India. On the other hand, if we talk about China, then the population between 16-59 years, which they consider as working group, has remained 62%, which used to be 70% a decade ago.

Population of 8 countries will increase by 2050

It is clear from the data that China is aging rapidly, whereas a large proportion of India’s population is young. The United Nations estimates that more than half of the projected increase in the world’s population between 2022 and 2050 will be seen in just 8 countries. Congo, Egypt, Ethiopia, India, Nigeria, Pakistan, Philippines and Tanzania are the countries that will see an increase in population.