India is organizing the 10th edition of Defence Expo on 12th April in Chennai, Tamil Nadu. The event will be inaugurated by the Prime Minister Narendra Modi today. For this event, PM has reached Chennai. The event has been inaugurated by PM. Check out more from the event.

PM Modi at the venue of #DefenceExpo2018 in Mahabalipuram. #TamilNadu pic.twitter.com/iOrjfMKEJy

I am very happy to be here in the land of the great Cholas who established India’s historical civilization links through trade & education: PM Modi at #DefenceExpo2018 in Mahabalipuram #TamilNadu pic.twitter.com/XdnG1lzyNA

Our commitment to peace is as strong as our commitment to protecting our people & our territory. For this we are ready to take all necessary measures to equip our Armed Forces, including through the establishment of a strategically independent defence industrial complex: PM Modi pic.twitter.com/AqjpTpTNPW

Have a look on these tweets

Two ships from the @indiannavy will be docked at Chennai Port during #DefenceExpo2018 They will be OPEN to the general public for visiting on13th & 15th of April from 10am to 5pm.

Inviting you to experience the might of the @indiannavy with your family & friends! pic.twitter.com/HFu89x3ySB

More details about the Expo
In this expo, more than 677 exhibitors including 150 from abroad will participate. They will showcase India’s capability in the export of defence systems and components. At Chennai expo, the major manufacturers from India like Tata, Bharat Forge NSE 0.32 %, Mahindra, DRDO, HAL and Ordinance Factories will participate. Talking about the International companies participating in this event, there are many big names. It includes BAE Systems of United Kingdom, Lockheed Martin and Boeing of the United States, Airbus and Rafael of France, Rosonboron Exports and United Shipbuilding of Russia, Sibat of Israel, Rhode and Schwarz of Germany. 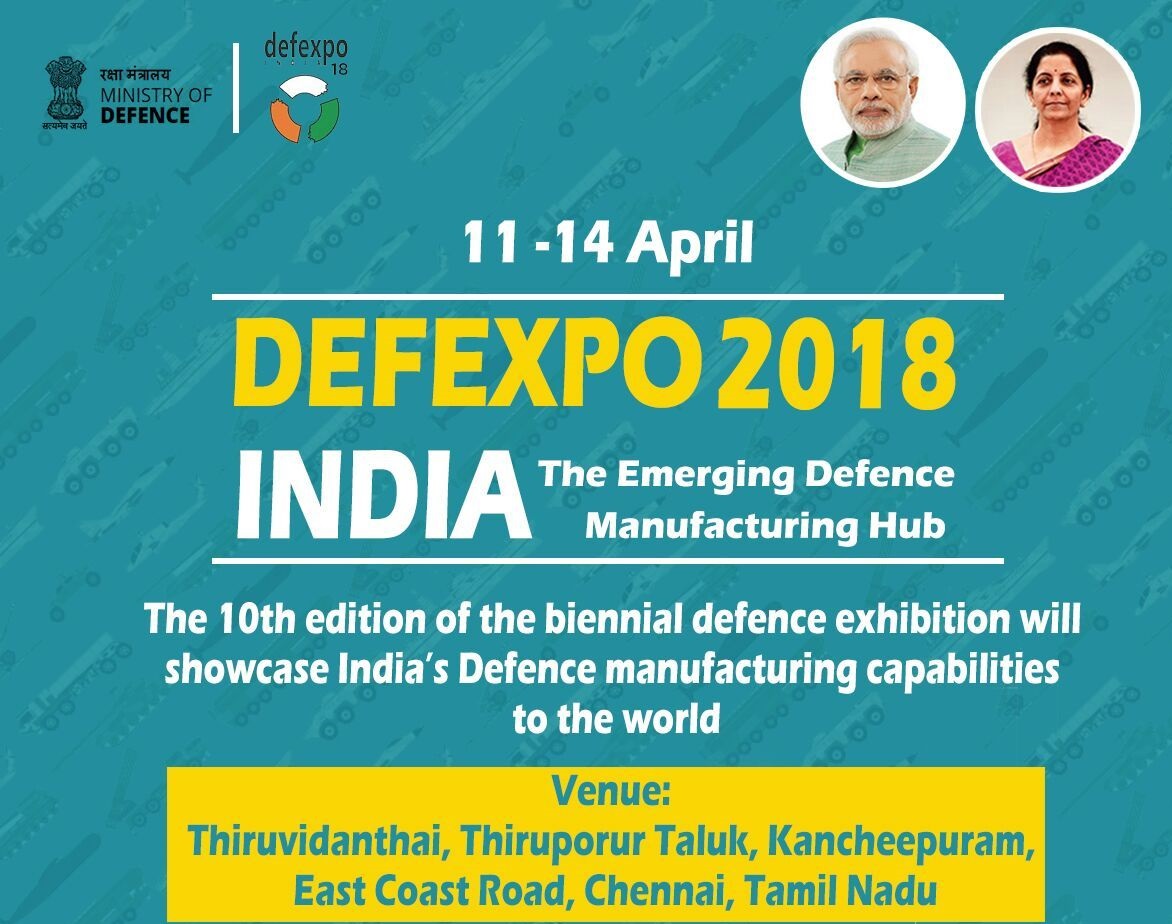 Major highlights
Major highlights of this event are live demonstrations of naval, air and land systems. Apart from this, to create defence innovation hubs throughput India, a national scheme will be launched. This scheme will encourage more startups in defence productions.