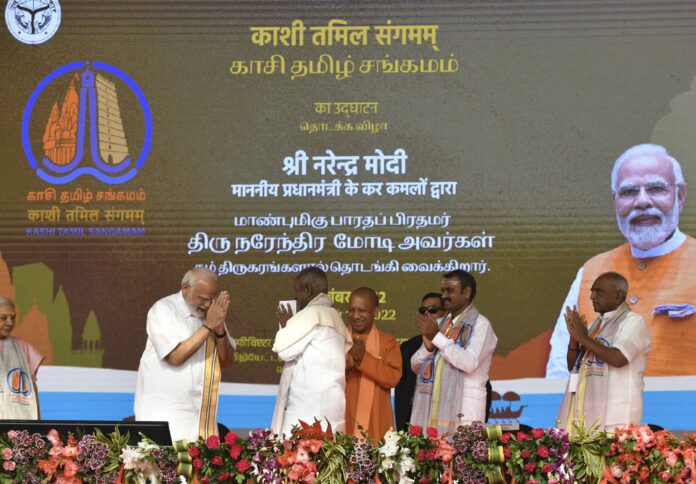 Addressing the event PM stated it is the responsibility of us Indians to preserve our rich Tamilian culture and ethics. He further added that till now we are lucky that we have our Tamil language and sanskrit culture alive and this is our responsibility to keep our legacy alive and give our nation its own identity. He told the contribution of Tamil language in understanding India and development of Kashi.

Glimpses from the Kashi Tamil Sangamam in Varanasi. pic.twitter.com/kiiYl1m6ls

‘Kashi Tamil Sangamam’, is a programme to rediscover, reaffirm and celebrate age-old links between Tamil Nadu and Kashi – two of the country’s most important and ancient seats of learning. This programme is being organised by the Ministry of Education in collaboration with other ministries like culture, textiles, railways, tourism, food processing, information and broadcasting, and the Uttar Pradesh government.