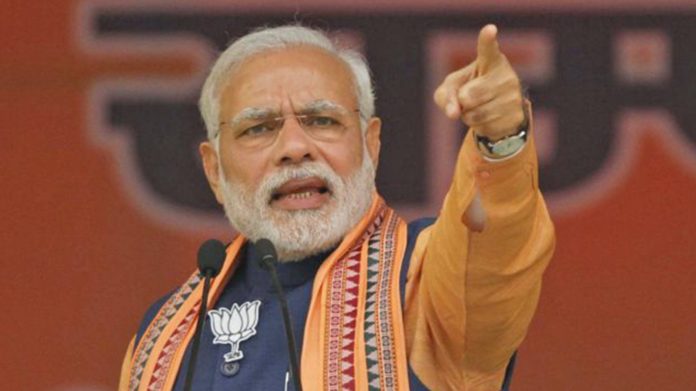 PM Modi’s agenda of winning the 2018 elections is based on a three-point agenda which is development, fast development, and development for all. He had shared this idea while he was interacting with BJP workers via video calling.

The Rajasthan politics is getting more intense by the day, and why not? With the incumbency emerging as a strong opponent and giving the feels that the ritual of alternating governments will break in the 2018 elections, the pressure is bound to develop.

Amidst the increasing tensions in the state, and new political parties being floated by political leaders, the desert land of Rajasthan has become the favourite place for newcomers to taste the waters. What they aren’t possibly aware is that the incumbency has spread its winning wings across the state. Curious to know what’s their mantra? Development.

On these lines, PM Modi asked the BJP workers to reflect on the development works done in the state. He also reiterated that the government should remind the people of the work they have done. He also asked the incumbent government to remind the public of instances of poor governance, in the opposition’s tenure.

Talking about Rajasthan, the Congress screening committee submitted a list of candidates for90 seats of Rajasthan assembly to the party’s central election committee (CEC). After this, the Congress leaders sat down to discuss the narrative of Rahul Gandhi.

Here are the important dates of Rajasthan elections:

Long story short, PM Modi has asked the BJP workers to inform masses about the development work they have done in their tenure and also flashlight on the not-so-good tenure of the opposition.

Who do you think will make it in Rajasthan, Madhya Pradesh, and Chhattisgarh? Share in the comments section below.