Tomorrow is 15th August which is a special day for the nation. It is a day when people commemorate the sacrifices of freedom fighters and pay tribute to them. On this day, the celebration is held across India. But, the celebration of Independence Day cannot be expected without the speech of India’s Prime Minister. It is a customary act that PM delivers his speech every year from Red Fort. Although the speech can be viewed on your Television sets, you have other ways to watch it live. Check it out.

Prime Minister Narendra Modi’s Independence Day speech will be catch live on Google and YouTube. PM Modi-led government is known for its wide outreach on social media. This will be called an addition to PM Modi’s Digital India drive. This is a kind of gift to ‘tech-savvy millennials’. Last year, Google used the live streaming first time for the US President Donald Trump’s inaugural address.

For this initiative, public broadcaster Prasar Bharati has tied up with Google and YouTube to telecast the I-Day programme live online. Every year, approximately 1.5-2 million people watch the event each year. This move will definitely increase the digital footprint.

Doordarshan’s initiative for Independence Day celebration
Well.. Doordarshan anchors will come out of the studios and introduce the event from Red Fort. 22 high definition cameras at Red Fort and four at Raj Ghat will be used to cover the event. Doordarshan will also translate the PM’s speech in over 20 regional languages. 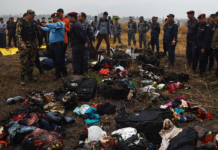