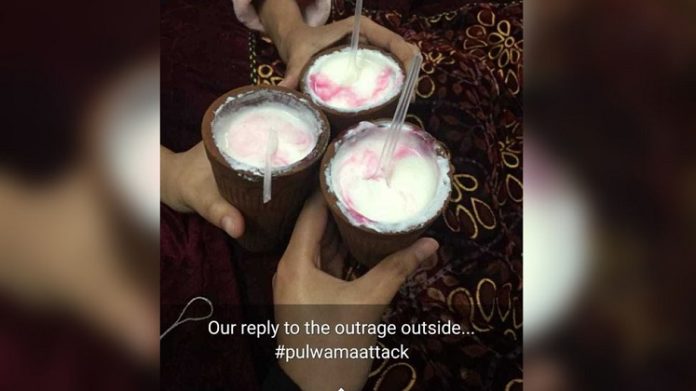 Our wounds are still fresh. #PulwamaTerrorAttack

The Rajasthan police on Sunday booked four women paramedical students of Kashmiri origin under sedition charges for posting on social media pictures of their purported celebration of the Pulwama terror attack.

An FIR was registered at Jaipur district’s Chandwaji police station based on a complaint lodged by authorities of the National Institute of Medical Sciences (NIMS), a private university in Jaipur, where the students are studying. The university has also suspended the second-year students.

Four paramedical students of NIMS University, naming- Tanlveen Manzoor, Iqra, Zohra Nazir, and Uzma Nazir. All the girls were studying in the second year of their stream. They posted WhatsApp stories in which they were celebrating the grievous attack with Lassi.

Jaipur (Rural) Superintendent of Police Harendra Kumar said the FIR was registered under Sections 124-A (sedition) and 153-A (promoting enmity between different groups) of the IPC and relevant provisions of the Information Technology Act.