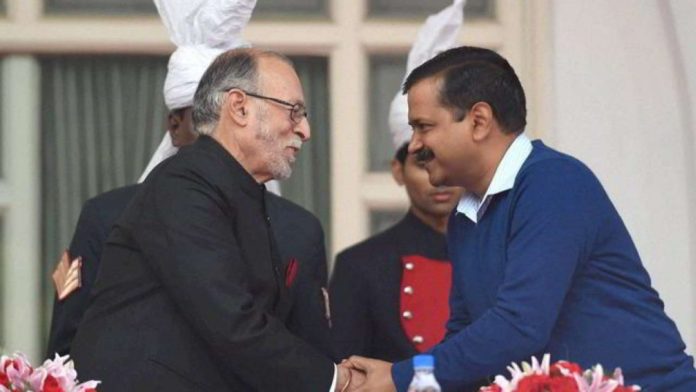 In a big relief to AAP government in Delhi, the Supreme Court has ruled that the Delhi Lieutenant Governor cannot function independently and cannot interfere with the policy decisions of AAP. The apex court said that L-G cannot be an obstructionist and is bound by the state government’s “aid and advice”.

The decision was taken by Supreme Court’s five-judge Constitution bench including Chief Justice Dipak Misra, Justices AK Sikri, D Y Chandrachud, Ashok Bhushan, and AM Khanwilkar. The bench made it quite clear that LG has no independent decision making power. The court categorically said that neither the LG nor the Chief Minister should feel superior to the other.

Soon after the verdict came out, AAP addressed a press conference where Deputy CM Manish Sisodia thanked the Supreme Court for the landmark judgment. Meanwhile, Delhi CM Arvind Kejriwal tweeted about the ruling regarding it as the “victory for democracy”.

Although the court denied granting “full statehood” to Delhi, as demanded by CM Kejriwal, it ruled that the elected government can make rules regarding all subjects except law, police, and public order, which are to rest with the Lieutenant General.

Hopefully, the verdict would help in resolving the rift between AAP and the centre that has been going on since Kejriwal assumed the office in Delhi. The situation worsened in 2016 when the Delhi High Court pronounced the verdict in favor of the LG. After that AAP had to approach the Supreme Court and now the matter has been finally resolved.