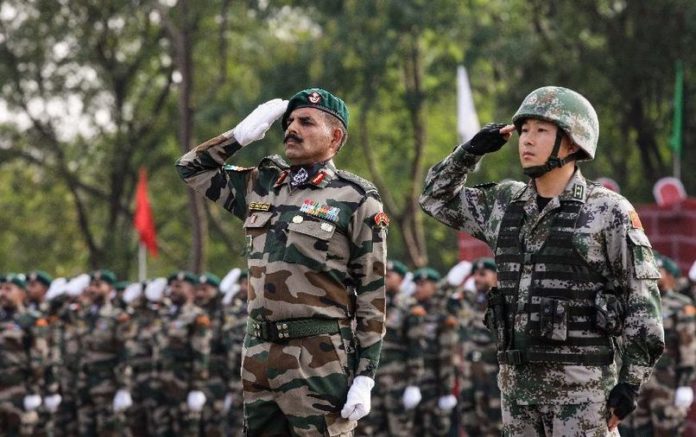 Some latest reports signal that relations between India and China are going to improve as the annual military drill is expected to resume soon. It’s important to note that China had put the military exchanges on unexplained hold immediately before Dokalam standoff.

As per the recent reports, China has reached out to India to resume the annual military drill. This comes as a positive development towards an improvement in the relations which had gone sour last year after the Dokalam conflict.

If reports are to be believed, China has sent an official proposal containing a calendar of activities. The two countries are likely to carry out these activities as confidence-building measures throughout the remaining part of this year.

Notably, India’s Defence Minister Nirmala Sitharaman is scheduled to visit Beijing on April 24 for the Shanghai Cooperation Organisation (SCO) Meeting. There the minister is expected to take the conversation forward with her Chinese counterpart Mr. Wei Fenghe. Apart from Sitharaman, External Affairs Minister Sushma Swaraj is also going to visit China around the same time to attend the meet.

Usually, a calendar is drawn at the beginning of every year through a defence-secretary level conversation. Earlier, in 2016-end, when India shared its military exchanges proposal for the year 2017, China didn’t respond. There were no defence secretary-level talks and then the Dokalam standoff began.

Even after the forces withdrew after a 70-day standoff, no talks could take place and the entire year went without exchanges or confidence building. Now since China has initiated the proposal, the two countries will take it forward and will have an engagement matrix in place in the next few months.

Meanwhile, India is closely keeping an eye on the Chinese move that is contrary to the reports of Chinese troop buildup on the disputed plateau with Bhutan. Notably, with prospects of larger profits and a new team, Beijing is less likely to be bogged down by border controversies.

Talking about the routine military exchanges, it has always been a routine for both the countries involving a joint exercise named ‘Hand-in-Hand’ and reciprocal visits by army commanders responsible for the border areas.