Sunday, December 04, 2022
Home News Finally, the best Iphone you all can afford to buy!

Apple is set to launch its new Iphone SE in around 100 countries around the world in the month of May. Apple lately has unveiled the features of the new SE model which would be starting at a price of 39000 in India.

Apple has a great market in countries like India and with this ‘cheaper’ Iphone (comparatively) it looks forward to make some more profits. This Iphone SE is set to take a lead of Iphone 5S and Iphone 6 series. It has been unveiled with the similar features more or else as of 5S. The phone will come in the general gold, silver and grey colours along with the rose gold as seen in the Iphone 6 series.

This so far is one of the most affordable Apple Iphone the general mass could afford.

Look below the comparison of this new edition with the other Apple Iphones currently in the market i.e. Iphone 5S, Iphone 6, Iphone 6S. 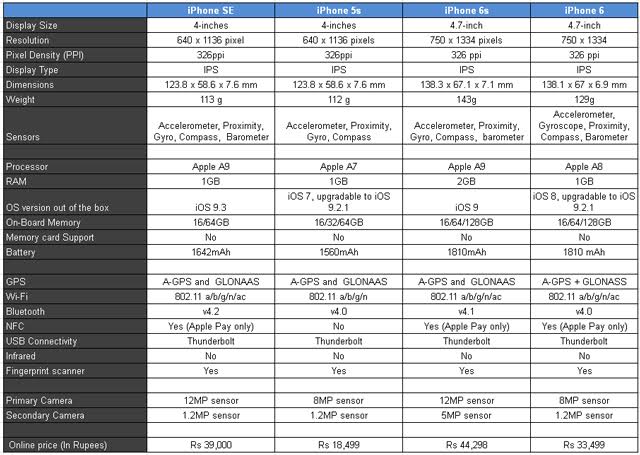