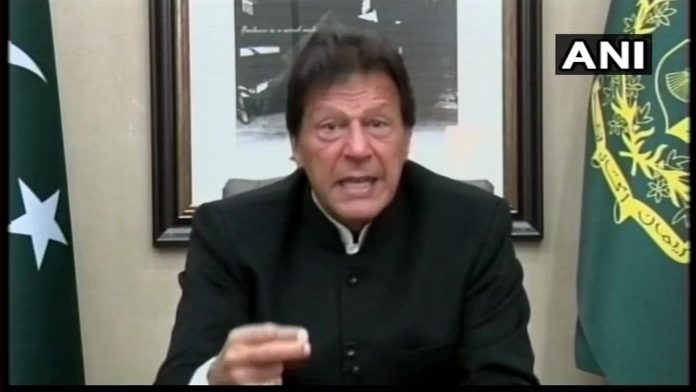 ‘Pakistan would not have any other choice but to give an answer. We know it is easy to start a war. It is in the hands of humans to start a war, however, to end the war isn’t in our hands. In which direction this will go, Allah knows better. Therefore, I hope better sense will prevail, we will use our intelligence and wisdom. We hope that like Afghanistan, this issue will also be resolved through dialogue.’ These golden words came out of Pakistan Prime Minister Imran Khan today.

Pak PM Imran reacted on Pulwama attack for the first time. Imran has given a warning to India wrapped in his statement to take action against perpetrators if India shares “actionable intelligence’. Khan didn’t express any kind of sorrow in his address for what happened in Pakistan’s neighboring nation on February 14.

This is how he started the address-

“A few days ago, Pulwama was attacked, I should have responded immediately as Pakistan was blamed for it. However, Crown Prince of Saudi Arabia was visiting, and an investment conference was underway, for which we prepared a lot. I decided not to respond then as the attention would have been diverted from the visit. Therefore, now that the Crown Prince has left, I have decided to respond.’ Imran Khan said.

Further, he said, ‘this is a response for the Indian government: First, you have blamed Pakistan for the attack without any evidence, without even a thought as to how Pakistan would gain from it.’

I also want to ask India’s Prime Minister — ‘if you are stuck in the past… whenever there’s an incident in Kashmir, you blame Pakistan. Instead of starting a dialogue to resolve the issue in Kashmir, you have made Pakistan the whipping boy. I have repeatedly said that this is the new Pakistan with a new mindset and a new thought process.’ said Imran Khan

FYI, very soon after the fatal attack was carried out, Jaish-ae-Muhammad took the responsibility. Jaish has been steered by terrorist Masood Azhar who is freely living in Pakistan.