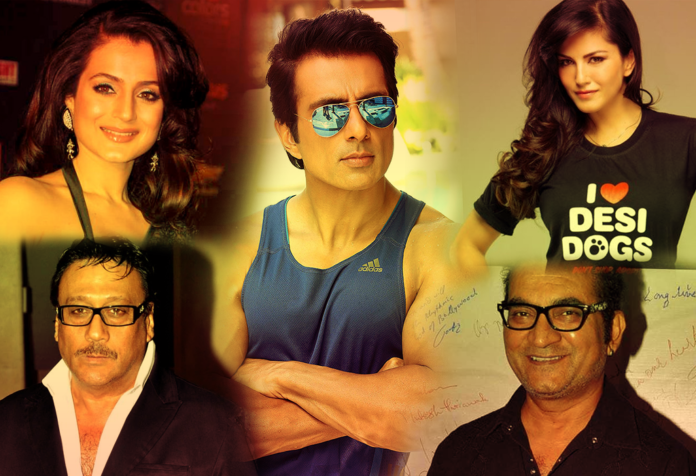 The current political situation in the country is quite intense given that the 2019 Lok Sabha elections are to take place in the coming months. Political parties are trying every trick in the book to get their party in the lower house. Over the years we have seen the parties leverage the influence of prominent B-town celebs to reach the voter and garner their support. While the digital platform has become one of the biggest mediums to reach out to people, it comes with a catch.

In a sting operation by non-profit organization Cobrapost, many Bollywood celebrities were exposed for striking a deal to promote a political party in exchange for money.  Cobrapost named the sting operation as “operation Karaoke”

Here are some posts showing the trend-

#OperationKaraoke
Ready to tweet anything about any Party for a little money. They talk about nationalism & high values. Do you think he’s fit to play the role of the Hon’ble Prime Minister Modi Ji in the upcoming biopic who is clean and is fighting the war against corruption? pic.twitter.com/eZdNkIGqSw

#OperationKaraoke: Poonam Pandey is gung ho over the proposition from the word go. She says, “Hum log basically content hum log baat karke we can sort it out wo kar sakte hain” #BikaooBollywood pic.twitter.com/YfGuOVI7SX

Many big celebs like Vivek Oberoi, Ameesha Patel, Sonu Sood, Jackie Shroff, Krushna Abhishek and others are seen in the video released by the Cobrapost. Celebrities do paid promotions for brands, but it has come as a shock to know that they agreed to share a political party’s agendas in exchange of money.

36 celebrities “stung” by Cobrapost are:

#OperationKaraoke and #BikaauBollywood are trending on social media today. These celebrities influence millions of people. Now, their followers are lashing out at them.

Hats off to @cobrapost for this lovely montage of Bollywood shoving "national interest" and "self-respect" off the nearest mountain in exchange for political promotion gigs with large cash components. What a sad bunch of hucksters. #OperationKaraoke