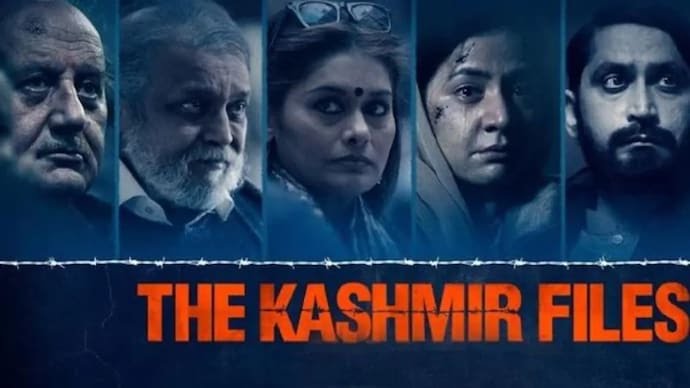 Controversy has started once again on ‘The Kashmir Files’. Vivek Agnihotri’s film, which hit the theaters nine months ago, has once again come into the limelight. In fact, recently the jury head of the International Film Festival of India, Nadav Lapid, has given rise to a new debate by terming the film which exposed the genocide of Kashmiri Pandits in front of everyone, a film based on vulgar and propaganda. Voices are being raised in favor and opposition of the film Makers on social media.

Anupam Kher took the side of Vivek agnihotri and the movie

Condemning the statement of Israeli filmmaker Nadav Lapid, Anupam Kher has shared a post on social media. The actor wrote, ‘No matter how high the height of a lie is.. it is always small in comparison to the truth..’. Not only this, while talking to the news agency ANI, the actor said, ‘We will give a befitting reply to the jury head and Israeli filmmaker Nadav Lapid. If the Jewish genocide is true, then the exodus of Kashmiri Pandits is also true. This happened soon after the Toolkit gang became active, seems to have been pre-planned. It is shameful for him to make such a statement. Coming from a Jewish community that faced the Holocaust, making such a statement has pained even those who suffered the tragedy many years ago. May God give him wisdom so that he does not use the tragedy of thousands and millions of people to fulfill his agenda.

Swara Bhaskar told the statement of the jury is correct!

At the same time, Bollywood actress Swara Bhaskar has come out in favor of the IFFI jury head. Sharing the statement made on ‘The Kashmir Files’, the actress wrote, ‘Obviously it is very clear to the world…’.

Ashok Pandit has also given his reaction on the statement of the Israeli filmmaker. He tweeted and wrote, ‘Israeli filmmaker Nadav Lapid has made fun of India’s fight against terrorists by calling ‘The Kashmir Files’ an ugly film. He has insulted lakhs of Kashmiri Pandits. This is a big blow to the credibility of the International Film Festival of India (IFFI).

The jury board of the 53rd International Film Festival of India has distanced itself from Israeli filmmaker Nadav Lapid’s comments on ‘The Kashmir Files’, terming them as “his personal opinion”. Jury Sudipto Sen tweeted while releasing the statement on behalf of the board. Sharing a post on his social media account, he wrote, “Whatever has been said about the film ‘Kashmir Files’ by Jury President Nadav Lapid from the stage of the closing ceremony of 53rd IFFI is purely his personal opinion.