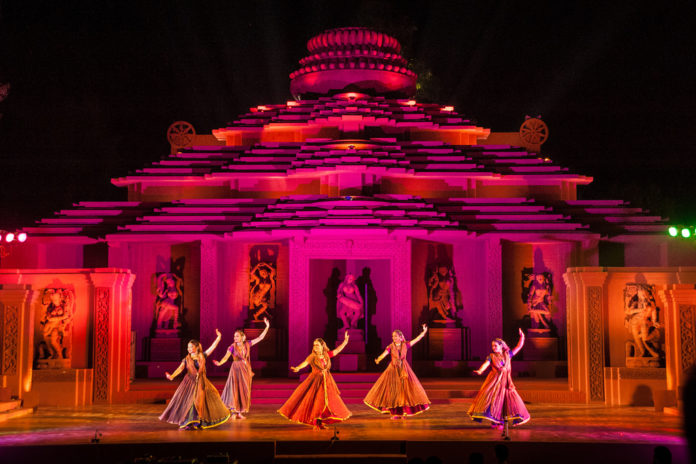 The mesmerizing Konark Dance Festival-2017 will kickstart with Odissi dance on December 1.

The Konark Dance Festival is known worldwide for its enthralling performances showcasing Bharatnatyam and Odissi dances. These dances will be provided by two Malaysian groups – The Temple of Fine Arts (Bharatnatyam) and the Sutra Foundation, Ramli Ibrahim & Group (Odissi). It is also associated with the Mohiniattam dance by Nalanda Dance Research Centre, Mumbai (Dr. Kanak Rele & Group).

The five-day classical dance festival, which is being organized by the Tourism Department and Odissi Research Centre every year between December 1 and 5, will be held from 6.00 PM to 8.30 PM.

The grandeur of arts, history, and culture, the Konark festival has made history ever since its inception in 1986. This is a festival which embraces the classical dances of India and holds an integral agenda to promote Konark and Odisha. The rising tourist visits in Orissa and Konark are underpinned by the magnificence of the Konark festival.

The festival offers a slew of traditional and classical dance forms of India for the audience. It also provides them with a magical insight into the varied cultural and of the area.

Two is always better than one

Not only the Konark Dance Festival, Konark will also house the enthralling International Sand Art Festival. The sand festival will be held on the same date at Chandrabhaga Beach, Konark.

Amid the layoff season across the business world, this Indian company is gifting cars to its employees