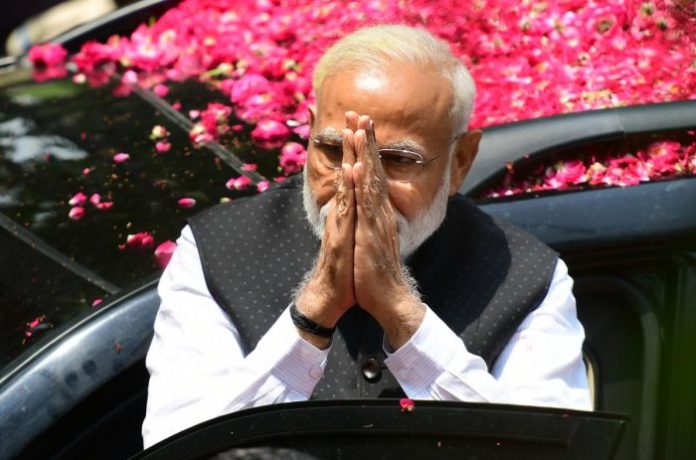 Prime Minister Narendra Modi’s NDA reached the victory bigger than in 2014. The BJP keeps its core states – the Hindi heartland, Gujarat and Maharashtra – while posting fresh victories in Bengal, Odisha and the northeast. It has also scored a huge win in Karnataka – a state the Congress rules jointly with HD Kumaraswamy.

Votes are still being counted, but on current trends, the Indian prime minister’s Bharatiya Janata Party will win a more impressive single-party majority in parliament than last time around.

Together we will build a strong and inclusive India.

PM Modi on the spirit- “Chawkidar”

The people of India became Chowkidars and rendered great service to the nation. Chowkidar has become a powerful symbol to safeguard India from the evils of casteism, communalism, corruption and cronyism.

Now, the time has come to take the Chowkidar Spirit to the next level.

Keep this spirit alive at every moment and continue working for India’s progress.

The word ‘Chowkidar’ goes from my Twitter name but it remains an integral part of me. Urging you all to do the same too!

Elections were held on 542 of the 543 Lok Sabha seats and a party or alliance needs 272 seats to form the government.

It’s a remarkable demonstration of voters’ faith in Modi’s carefully crafted strongman image. The members of parliament that actually got elected won’t count for much anyway, given how heavily their campaign leaned on Modi’s charisma.

As for the party and its ideology, the BJP’s identification with Modi is now complete. He has a clear five-year runaway to shape the national agenda, and his ministers will have to back him to the hilt.

Hence, it’s proved as BJP chief Amit Shah said during election campaigns that- if Narendra Modi was a wave in 2014, He is a Tsunami this time.