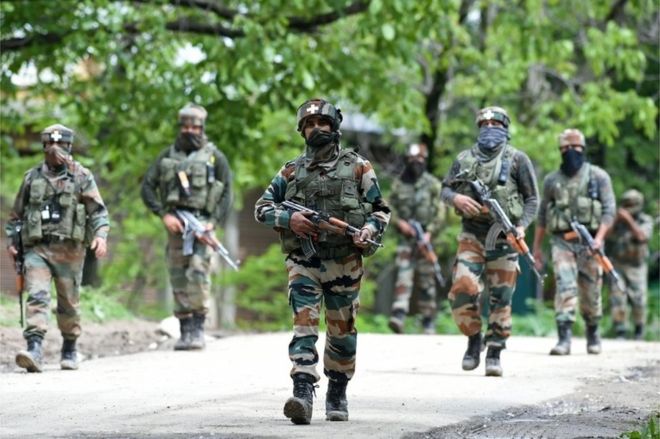 Three terrorists were shot down by security forces and one Army jawan lost his life in an encounter that broke out in Dalipora area of Jammu and Kashmir’s Pulwama in the early hours of Thursday.

Two Army jawans were also injured in the gunfight and have been rushed to the hospital for treatment.

Amid the operation, curfew has been imposed in Pulwama.

Jawan Sepoy Sandeep, who lost his life in this anti-terror operation.

According to the reports, a joint team of army and Special Operations Group cordoned off Dalipora area near the police station in Pulwama, following information about the presence of some terrorists in the area.

The joint team of forces has intensified the search. Terrorists also opened fire, leading to an encounter. Heavy exchange of fire took place between the forces and the terrorists.

On 14 February, the brutal terrorist attack on CRPF convoy killed 44 jawans in Pulwama. Soon after the attack, the Indian army started intense search operation in the area for Jaish e Mohammad separatists.

According to some reports, nearly 43 militants have been shot dead in military operation after Pulwama attack.