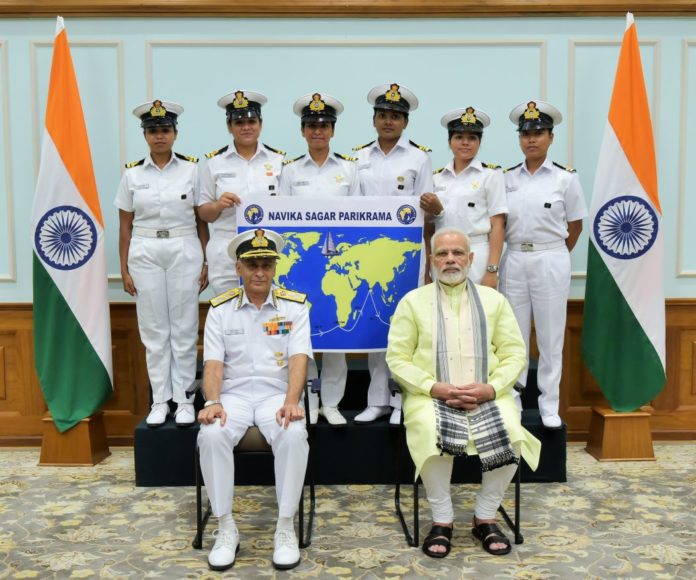 Six female officers of the Indian Navy began a historic journey on Sunday that will test their endurance and sailing skills. The first circumnavigation of the globe by an all-female crew of the Indian navy. The officers will spend more than 200 days at sea.

Lieutenant Commander Vartika Joshi, who is leading the voyage which will begin in Goa, told AFP the project was “revolutionary” in bringing women to the helm and would inspire others in the country.

“Our women are going to stand out for doing something which mostly wouldn’t even have been thought of” Sitharaman, India’s first full-time female defence minister, said at the event, which was attended by former defence minister and current Goa Chief Minister Manohar Parrikar. 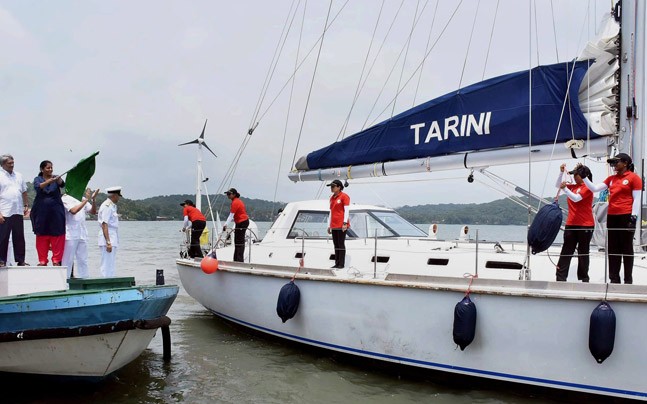 In recent years, the Indian navy has sought to open its doors to women to take on more challenging roles, with the latest project winning the backing of Prime Minister Narendra Modi who urged the crew to “project India’s capabilities and strengths across the world”.

PM Narendra Modi extended his good wishes on Saturday to the all-women Indian Navy team which embarked on a circumnavigation of the globe.

“Today is a special day! Six women officers of the Navy begin their journey of circumnavigating the globe on board the INSV Tarini,” Modi tweeted.

Today is a special day! 6 women officers of the Navy begin their journey of circumnavigating the globe on board INSV Tarini.

“For me it’s a matter of conquering a feat that has been achieved by a chosen few,” Lieutenant Commander Pratibha Jamwal told AFP. “It’s not been an easy journey in terms of preparation but as they say ‘the more you sweat in peace, the less you bleed in war’,” she added.

Their journey will stop in Australia, New Zealand, the Falkland Islands and South Africa. They are expected to return to Goa in March next year.